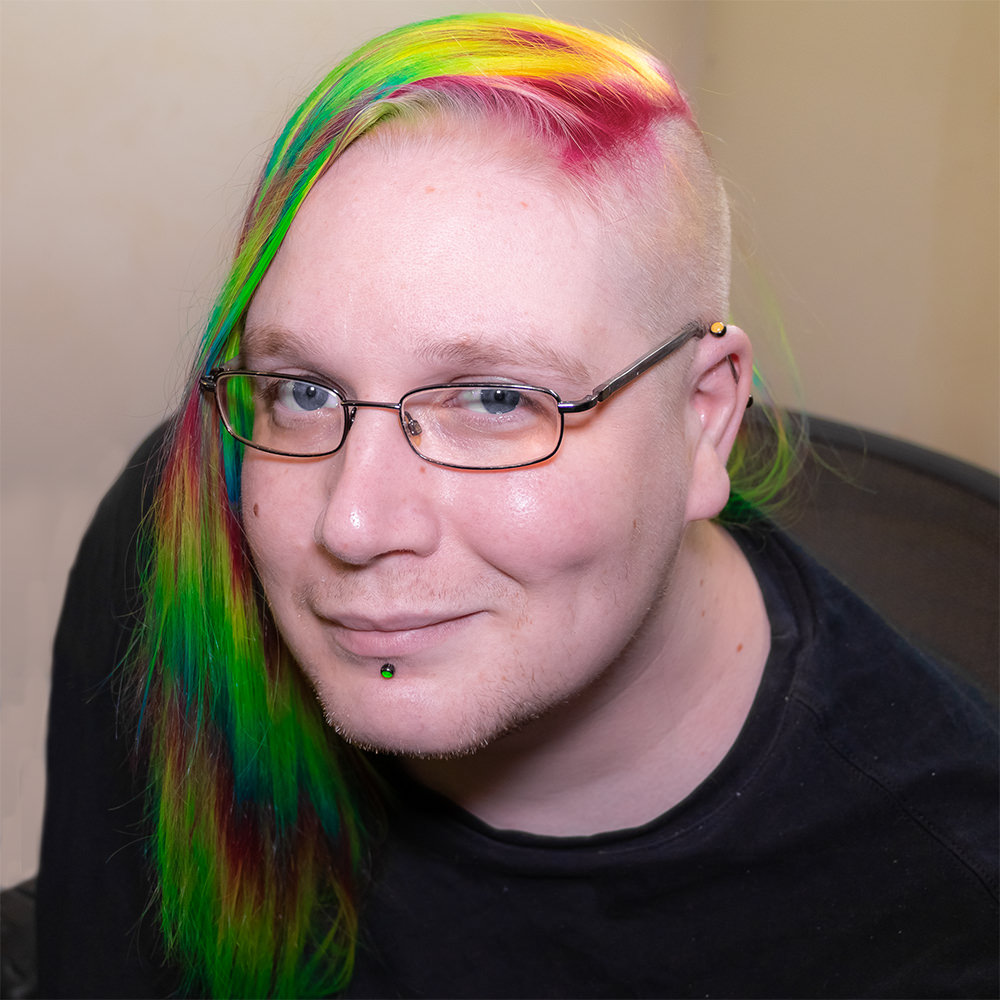 I am non-binary, and use the singular 'they' as my preferred pronoun.

You probably have questions. I'm still uncomfortable discussing it all outside queer circles, so let me give you a primer, and you can ask me about anything I don't address.

Non-binary. The gender binary - that is, male and female - is increasingly seen as outdated and restrictive for no good reason. Non-binary people have been around for all of human history, but it's only fairly recently that we're starting to be formally defined in terms of sociological theory.

Being non-binary or otherwise genderqueer is more complicated than 'somewhere between male and female'. Gender is distinct from sex, and refers to a fairly nebulous psychological, cultural, and sociological identity. As a society, we normalise gender closely tracking sex, but it's not that simple and never has been.

In fact, to us, gender isn't a simple line between male and female. There are other axes to it, ones which don't have convenient names yet. Our gender identity shifts around in this multidimensional space, where gender is a strange, variable, often inscrutable haze.

We use the identifier because we rarely, if ever, feel fully anything in that space. Our perception of gender moves around so much that we don't see any meaningful value in tracking it for the benefit of others, which would be practically infeasible anyway. Instead, we provide the best long-term definition we can, and write pieces like this to try to explain.

For brevity, people like me often use the contraction 'enby' (singular) or 'enbies' (plural) to refer to ourselves - the spoken form of "NB" for "Non Binary".

I thought you were cis?

First, a definition - cisgender, or 'cis', people have an assigned gender at birth matching their actual gender. It's the opposite of transgender.

Regarding my personal experience, for a very long time, I fully believed that I was cisgender. A couple of years ago, a trans developer posted something on Twitter which made me stop and think.

When you feel a thing so regularly, you just assume that it's part of the normal human experience. Frequently having times you wish you could interact with the world being seen as feminine, envying people who get feminine presentation for free? Turns out those are things which cis people don't experience.

It was particularly confusing because - and this is why I never pursued it - it wasn't the case all the time. I've always felt 'somewhere in the middle' and pursued androgyny. While I had the occasional wish to present femme, I rarely (if ever) had the wish to present more masculine. I put this down to being able to inherently pass as male - masc presentation required no effort.

So are non-binary people transgender?

I do consider myself transgender, but with hesitation and awareness of privilege.

That depends who you ask. Some feel the label to be appropriate, some don't. In terms of dictionary definitions, yes - the gender we were assigned at birth does not match our actual gender, and never has. There's a complication to it, which is that the construction of the word 'transgender' implies alternation from one binary to another, and so some people aren't comfortable with it.

There's also the factor with which I have trouble, which is that it feels like appropriating someone else's struggle. Non-binary people do experience dysphoria and have trouble passing, but it's different from someone who is binary transgender. If you're crossing the entire length of the male-female axis, while your dysphoria and passing problems are restricted to that single axis, they can be as severe as is possible on that axis.

But there are only two genders, male and female.

I think it's very likely that you're conflating sex and gender here. Sex is determined by your genes, and relates to the biological differentiation of your body. Gender is distinct, and refers to a fairly nebulous psychological, cultural, and sociological identity. As a society, we normalise gender closely tracking sex, but it's not that simple and has never been that simple.

But sex isn't binary either. Most of us are aware of sexual differentiation resolving somewhere other than the extremes of 'male' and 'female', referred to as being intersex or (to use an outdated, inappropriate, now-offensive term) hermaphroditic, and the perception we have is that it's rare.

Studies suggest that while sex differentiation exists on a single axis, it's actually quite common for a person to be somewhere between the extremes.

'They' is plural, not singular!

You're not the first person to have that response, and you are objectively wrong. Consider the following sentences, which while admittedly somewhat contrived, scan naturally -

When I tell somebody a joke, they laugh.

When I greet a friend, I hug them.

When somebody does not get a haircut, their hair grows long.

If my mobile phone runs out of power, a friend lets me borrow theirs.

The fact is that you use the singular they every day. You just don't think about it, and that's why it feels artificial.

But the icon you used is inherently binary!

I know. If you come up with a better option to represent gender identity which works as a monochrome icon, do enbies and genderqueer people in general a favour and let the Font Awesome team know.

I have more questions.

First, let me link a few resources - they might answer your question.

The Language of Gender

What Is Non-Binary Gender? (Teen Vogue has been amazing at tackling gender identity topics in general)

So Your Child Is Non-Binary

What Does It Mean to Be Non-Binary?

If you can't find answers from this piece or any of the above, that's okay! Ask me. I'd prefer you drop me an email - my email address is over on the left. Expect a delay in my reply.